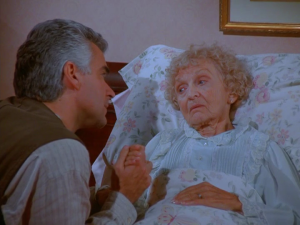 COSTA RICA (map)
“The Secret Code”
Peterman believes George’s code “Bosco” may have been the name of a man his mother was seeing while he was a boy growing up in Costa Rica.